How To Describe A Passionate Kiss 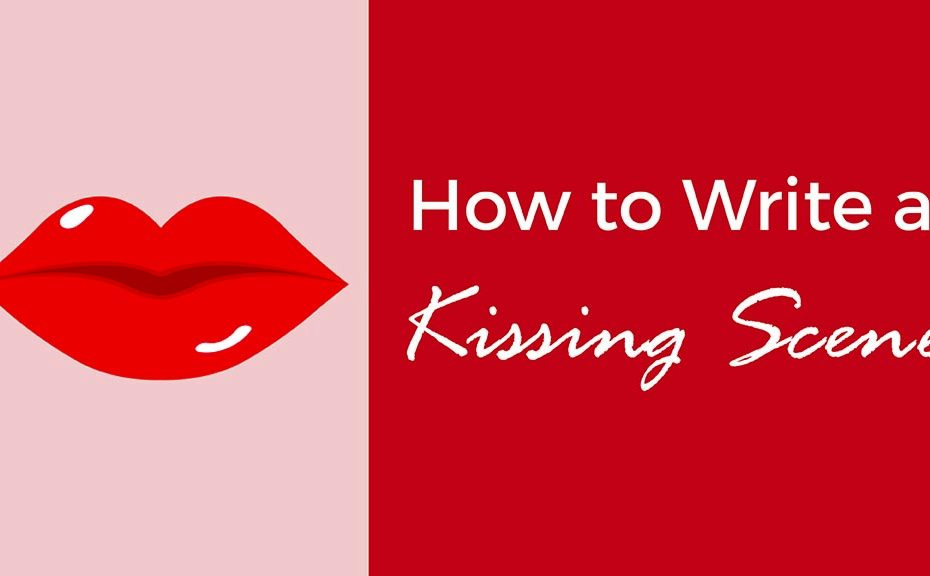 A kiss speaks beyond words, whether it’s between lovers, between mother and child, or between friends. It can be a simple peck against a cheek, a soft brush of two pairs of lips, or a soul-deep press of open mouths and tangled tongues. A kiss arouses the senses and triggers an elaborate system of nerves and chemicals, taking us on a momentary journey of love and desire that needs no description.

Unless you’re a romance writer.

Words are the only tools writers have to translate the feeling and meaning of a kiss for their readers. A kiss happens when one person’s lips connect to another person’s lips or skin. Though on the surface it might seem simple, it’s one of the most intimate experiences two people can have. A kisser must surrender to having her senses fully entwined with the person on the other end of her lips. She’s face-to-face, nose-to-nose, and breath-to-breath with her partner. That alone is a lot of input, not to mention the emotions and the chemical reactions a kiss ignites.

So where to begin?

Call me a science geek, but I find that having a few facts inspires my imagination to build the rest. (These facts are taken from research scientist Sheril Kirshenbaum’s book, The Science of Kissing. It’s a very readable book if you’d like to know more.)

Kissing Truths to Ponder While You Pucker

Now that you’re armed with some facts, let’s outline some rules on how to pen a pucker…

Rae’s Rules for Writing Kisses That Will Rock Your Readers

First off, I’m not really one for rules. Especially when it comes to writing. But I do like alliteration, so please forgive the section heading. Rae’s Suggestions for Writing Kisses just doesn’t have the same ring.

Even if you’ve been married for fifty years, we all remember the thrill of wanting, the tingles of excitement, the jittery nerves, the infatuation…will he or won’t he? These reactions build inside us because of a cocktail of hormones. Thanks to these those chemicals, these feelings are legit. They’re not made up by some crazy romance writer who likes alliteration.

As writers, we need to create this feeling of anticipation on paper. Hormones in literary form, if you will. Make your reader anticipate the kiss along with your characters. Let your characters’ hands brush, let him caress her cheek, have their eyes lock. Start doing this pages, maybe even chapters, before your characters’ lips meet.

Of course, keep in mind, rules are made to be broken and suggestions are meant to be ignored. Who’s to say the first kiss can’t happen on the first page…in the first paragraph…as the opening sentence? Not me!

If you break down a kiss in a novel, you’ll find two parts. First there’s the physical action, the choreography of the kiss, if you will. This is the who, what, when, and where aspects of the kiss. Where do his lips go and what are they doing? What is her tongue doing and how she doing it?

The second part is how a character reacts to the action. For example, how does your heroine feel when her hero presses his mouth to hers? What does she think? What does she do in response?

The physical actions, such as lips parting or tongues sliding across lips, are the skeleton of the kiss, but the characters’ emotional and physical reactions are the muscles and the skin and the hair…and everything else that makes a body beautiful. These reactions complete the picture, change a charcoal sketch into a grand masterpiece filled with such color and detail that the reader wants to step inside and live there.

The same action/reaction principle applies for all that sexual tension you’re building along the way to that kiss. What does the hero do when his pretty girl leans her head on his shoulder? Does he want her closer? Does he tilt his head and let his cheek rest against her hair? Peppering your manuscript with these tidbits draws the reader in.

To become better writers, nothing beats studying your favorite authors. When you’re reading, pay attention to how the author builds up the need for that kiss in her characters. Stay alert for how she increases the sexual tension before the big moment.

Here’s a short cut for getting to the parts you need to study. (Call this the data-mining version of studying a kiss.) Bring up one of your favorite books in your e-reader. Search for the word ‘kiss.’ You’ll get a list of sentences and their locations. Don’t click away from the list just yet. This list is a study guide all on its own. Scroll through it. It’s a quick source of examples on how to write a sentence that describes a kiss.

Depending on how the author uses the word, your data-mining might also catch sentences before the kiss happens, sentences that talk about how the character is yearning for the kiss. This can provide insights on how to build that anticipation.

Granted, this is a quick and dirty way to get to the stuff you want to study, not a comprehensive analysis of kissing in a particular book. And, of course, it will only catch the sentences that have the word ‘kiss’ in it.

In order to create our fictionalized worlds, we must first observe the real world. Yes, we must spy on people. Therefore, in addition to keeping a pen and a notebook in your writer’s bag, you also need a pair of very dark sunglasses, especially when you’re seeking out lip-locked lovers.

Though they’re hard to catch, they could happen anywhere…under the umbrellas at a suburban Starbucks, the hockey game after the home team scores, outside the movie theater, even in the grocery store. Keep those sunglasses at the top of your bag or purse at all times. You never know when a pair of lovers might spontaneously pucker up. Ok, so it might be awkward to whip out sunglasses in the grocery, but at least I’m not telling you to whip out the cell phone and take a picture. Although…

When you finally catch a pair in the act, observe shamelessly from behind your dark glasses. Study the moves, the tilt of her head, how he reaches up to touch her cheek, how she puts her hands on his arms, his smile down at her, her smile afterwards. Good heavens…you get the picture. Write it all up in your notebook. Capture it while the moment’s hot.

If you’re going to be indoors on this little inspiration excursion, here’s a hint. Take a couple of girlfriends with you. That way when you’re sitting at your dark table with your sunglasses on, passers-by won’t suspect you’re spying. They’ll just think something’s wrong with you, and they’ll admire your friends for so kindly taking you for a night out. What nice friends you have.

In case all of this is creeping you out, another way to seek inspiration is on the big screen. There are plenty of movies and TV show that have magnificent kisses. One of my favorites is Thor. Natalie Portman has to wait almost the entire movie before she gets that kiss. Oh, that kiss! Talk about building the anticipation! Look for the moments that build up to it, the looks, the little touches, and then observe the character’s body language afterwards. What does it tell you about what’s going on in her mind?

Naturally, the Internet has plenty of opportunities to observe kissing. A couple of months ago, a video of strangers kissing for the first time went viral. Turns out it was a clothing company who’d hired actors and musicians to kiss. Though we all fell for their gimmick, it’s not a bad source of inspiration. You can find it here: First Kiss.

Another source of inspiration is photos of kissing couples. (Check out my Kiss board on Pinterest for photo inspiration.) Compared to movies, photos let your imagination fill in the details for itself, garnering inspiration from the tilt of her head, the placement of his hand against the back of her neck, the expressions on their faces that give hints to their emotions.

My favorites photos are of real life lovers, couples who are unknowingly caught on film in the act of that most intimate connection. That’s where the true romance is captured. Photos of models and actors are great, but real life holds a genuine vulnerability, a risk that reaching out to that other person will end in rejection. If you can capture that vulnerability with your written descriptions of the characters’ physical and emotional reactions, you’ve got gold, baby.

And last, but not least, in the inspiration category, if you have your own partner who’s willing to practice puckering, by all means…go ahead. If you happen to do it in public, just ignore that woman over there wearing the dark sunglasses.

So go forth, my writer friends. Study the experts. Don your sunglasses and seek inspiration from the lovers of world. Pen your stories with promises of kisses to come, building up with amorous touches and lingering looks. When your characters lean in, hover for a moment a breath’s distance away, and then press their lips with a soul-melting touch, they’ll steal your readers’ hearts as well as each others.

previousHow To Describe Night Time In A Story
nextSoftball 101: Blind Drill for Fielding