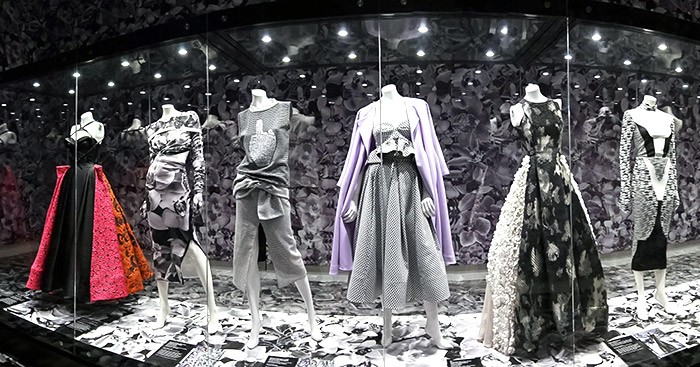 Modern Designers And Their Influence On Fashion In The World

It’s no secret that the fashion industry is in constant development. People who have mastered the profession of designer know exactly what will be trending in the near future. They are considered to be the authorities of the fashion industry. Residents of different countries are looking forward to the release of each new collection. Modern designers inspire and give original ideas Their work never ceases to amaze. Famous names hide years of hard work of specialists and their great talent. In the article we will talk about the main trendsetters.

It’s hard to argue with the fact that women’s fashion is still created by men. The Business of Fashion publication has come to the conclusion that the share of female designers among major brands is only 14%. Below you will find the names of male designers who produce independent designer clothes.

The features of this type of clothing are:

One of the most famous modern designers Demna Gvasalia hails from Sukhumi. The designer’s career began in 2014, when he and his brother founded their own brand Vetements. Demna Gvasalia has never sought to create exquisite outfits. He set himself the task of coming up with fashionable clothes for every day. Soon branded dresses and unique outrageous things produced under the Vetements brand became known all over the world.

Later, Demna stopped developing Vetements and focused on working at the fashion house Balenciaga. His clothing collections make the brand one of the most successful in the fashion world.

The designer received the position of Gucci creative director in 2015. He managed to transform the legendary brand and bring the Italian fashion house to a new level. When Alessandro Michele started working, his name was known only in narrow circles.

In the mornings the designer worked on the men’s line, and in the evenings he created the women’s collection. In one year he presented 4 collections:

Pierpaolo Piccioli managed to change the public’s perception of fashionable clothes. When working on new collections, the designer pays attention to individuality and harmony.

Stefano Pilati – the founder of the Random Identities brand

The designer’s collections are always received with interest even by those experts who are skeptical. Unisex clothes are distinguished by a good cut and the absence of banal solutions. Pilati is one of those designers whose own fashionable outfits arouse interest no less than his collections. According to the celebrity, he enjoys creating stylish daily images.

Michael Kors is one of the most popular New York fashion designers. He became famous not only for creating collections of clothes, but also accessories and perfume. All his lines of clothes were successful among the visitors of fashion shows. Experts call him the first designer who creates women’s clothing for mass production.

Tommy Hilfiger began to create clothes for famous brands after he experienced a failure in his own business. It was connected with the sale of clothing for teenagers. His brand became popular after creating a collection for men, which was approved by experts and the public of fashion show.

Rihanna – the founder of the Savage x Fenty brand

Not every singer who launched a clothing brand became famous in the fashion industry. Rihanna really did it: she was able to influence fashion trends. She created the underwear brand Savage x Fenty. It becomes popular all over the world. Clothing helps to emphasize a woman’s individuality and natural beauty.

Rihanna became the first black woman who has found her own clothing brand in the luxury segment. The designer produces collections based on her own style.

The young designer presented her first collection at Fashion Week in 2010. Her work immediately attracted the attention of experts. The interest could be explained by the fact that Simon Rocha is the daughter of a famous designer in England. But she is working in another direction. Rocha creates romantic collections for women. They are represented by exquisite tulle dresses, blouses with lace. Almost all clothes are decorated with spectacular embroidery. A young talented fashion designer Marine Serre was invited to work by Balenciaga Demon Gvasalia. But she chooses to devote herself to the development of her own brand. Spectacular jumpsuits made of elastic fabric with a crescent pattern became an Instagram hit. The unusual design of the designer’s works is combined with practicality and attention to details.

After the collections were presented to the public, experts began to talk about a gender shift in fashion. The name Alessandro Michele has become associated with creativity and rejection of stereotypes.

Experts working in the fashion industry believe that designer clothes are independent of the stereotypes of mass fashion. At the same time, the appearance of new models of designer clothing determines what mass fashion will be in the near future.