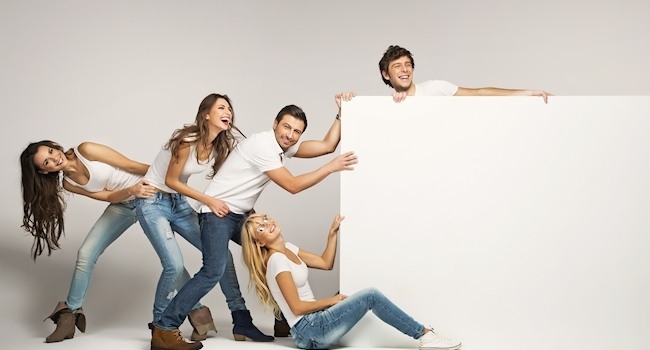 Emotions are critical to making a character feel real, but describing them from afar can sometimes leave a reader feeling a little disconnected from that character. The descriptions don’t feel like a character feeling but like the author telling the reader how the character feels.

In a distant third person or omniscient perspective it’s not as noticeable (we expect those POVs to be detached), but if the point of view is a tight third or first person? We risk losing that emotional connection with our reader.

I wiped the sweat from my brow with a trembling hand, fear from my narrow escape coursing through my veins. 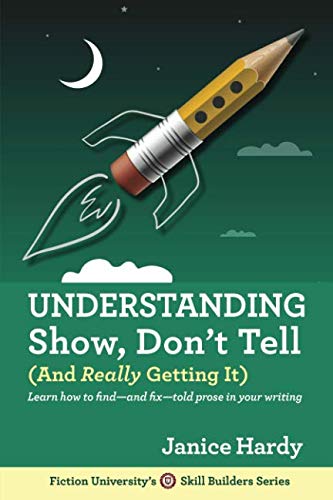 Do you feel her fear? Probably not, because even she’s not feeling it. Scared people don’t typically think about what’s coursing through their veins or why it’s doing it, they just feel and think and react.

Still trembling, I stumbled to the closest bench and plopped down before I fell down. Sweat stung my eyes and I wiped my face on my shirt. That was way too close. If I hadn’t run when I did… I shuddered.

This shows how the narrator feels, what she’s thinking when she feels it, how her body is reacting, without making her conscious of it. It’s looking outward from within her skin, not inward at her skin. We don’t have to explain she’s just had a narrow escape, because we’ve given enough clues so the reader can easily surmise the why.

Here are some ways you can show emotions without having to step outside of your character.

Emotions trigger physical reactions, and these are clues readers can use to determine how a characters feels. Racing heart, shaking, numb fingers, sweaty palms all signal fear (or possibly love in the right circumstances). Also consider involuntary reactions, such as blushing or gasping.

Try: They laughed and he turned away, face burning, yet fingers icy cold.

Instead of: He turned away, his face bright red in embarrassment.

2. Use thoughts or dialog to suggest an emotion

Emotions can trigger both a mental and a verbal response. Perhaps one character silently urges another to get on with it to show impatience. Maybe she has a moment of self-reflection. A quick What a jerk can convey the same emotion as a frown, and feel more natural than

Instead of: She frowned at what a jerk he was being. 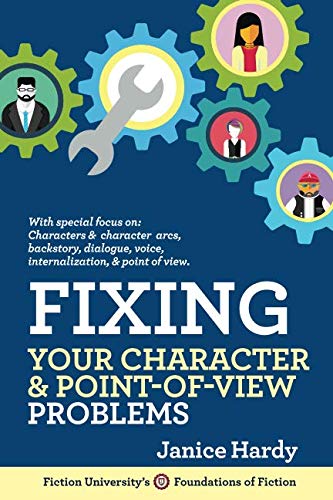 3. Use subtext to suggest emotions just under the surface

Sometimes what a character doesn’t say is more telling. An outward demeanor that contradicts the inner thoughts and feelings shows multiple layers of emotions. Subtext can also add conflict to a scene and can help increase the micro-tension.

Try: “Why of course you can stay,” she said, ripping her napkin into small pieces.

Instead of: She didn’t answer, even though she knew John wanted her to say yes.

4. Use external senses to reinforce an emotion

Heightened emotions can heighten the senses, so perceptions might be stronger. Fear can induce a hyper-awareness, love can make things feel more sensual. Fear is often shown by how the stomach or throat reacts, but what about sounds or smells? Ears might ring, or things might sound distant and muffled. Scents might trigger memories that evoke the emotion you want to show.

Try: It wasn’t just footsteps behind her–the stench of cheap cologne, stale beer, and desperation crept ever closer. She picked up her pace.

Instead of: Fear made her quicken her steps. Someone was following her.

5. Use imagery to suggest the emotion

Poetry is all about using imagery to evoke emotion, and that works just as well in prose. Metaphor, simile, and colorful language can be an effective way to convey emotions without ever using a specific emotion word.

Try: The world fell away, drained of all color but him, standing in the sunlight.

Instead of: He was so handsome I couldn’t take my eyes off him.

Each character will react differently to the same emotion, so understanding how a character might react can guide us on how to describe how she feels. Some people feel things more externally, refusing to think about them on an emotional level. Others think too much and try to deny reacting to things. And when one character reacts in a certain way, that provides another character a chance to react, so emotions can build off one another–for good or for bad.

Emotions can turn a ho-hum scene into one that stays in a reader’s mind long after the book is read. Don’t just say how a character feels–make the reader feel it too.