Tennis Ball Drop: How To Work Their Trigger and Timing 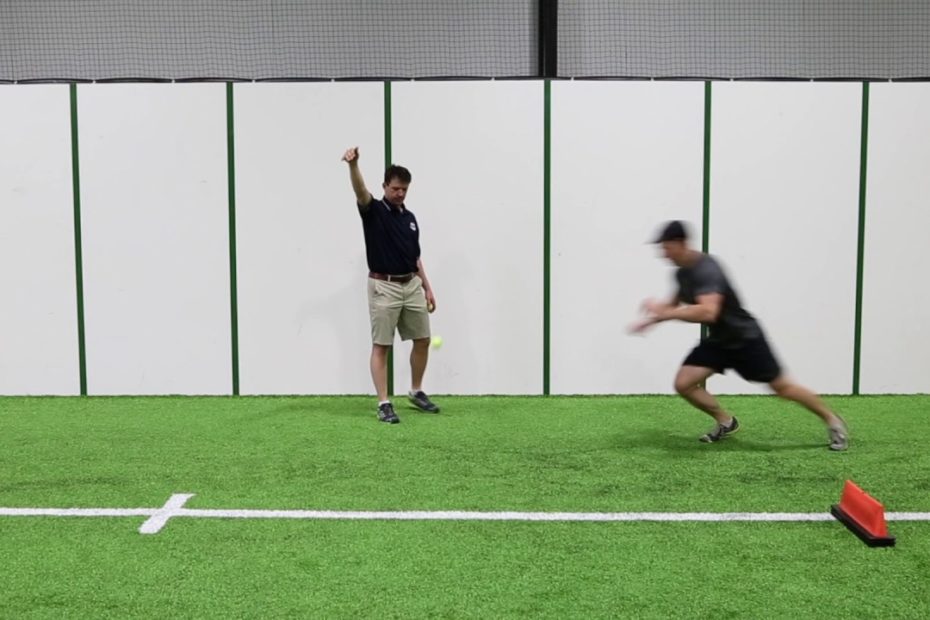 Hitting is about power and control, but it’s also about getting the release just right and timing the swing so that the bat connects with the ball at just the right point in the swing. Too late, and there won’t be enough power to move the ball very far. Too late, and the ball will sail too far wide. Good hitters have accurate triggers and good timing. This drill will help ensure that your players are able to build those qualities and perform better behind the plate.

A Look at the Drill

The tennis ball drop is a pretty simple drill, but you will need a few pieces of equipment. You’ll need a hard surface underfoot, first and foremost. If you’re on the field, home plate makes the perfect solution. If you’re in a gym, you already have a hard surface – the floor of the gym works perfectly well, whether that’s a modern concrete floor or an older wood floor. You’ll also need a bucket of tennis balls, a bat and two players. Finally, you’ll need a bench or two-step ladder.

Position your players so that one is hitting and the other is standing on the bench or ladder. The platform should be positioned so that the second player can drop the tennis ball directly down on the center of the hard surface (what would be the middle of home plate if you were on the field). If you’re practicing somewhere other than the field, it might help to tape off an area the size and shape of home plate to give your player visual cues.

Have the first player hold the bat and drop into a hitting stance positioned correctly behind home plate (or the taped off area if you’re doing this off the field). The second player will drop the ball and the first player will let it hit the ground before swinging. She should let the ball reach the apex of its bounce and then load and swing through the ball. Good timing and swing control should result in hitting the ball through its middle with each hit. If not, your player needs to work on her timing and swing. Go through the entire bucket of tennis balls and then switch the players, with the hitter now dropping balls, and the second player hitting.

Once your players have mastered this form of the drill, you can make things more challenging. Have the first player stand at the plate as normal, but position the second player behind her. Rather than dropping the ball, the second player will bounce it at an angle so the ball reaches its apex in front of the hitter. The hitter should focus on keeping her eyes on the ball and timing her swing to ensure a solid hit.

While this softball hitting drill does require more equipment than some others do, it can still be performed outside of official practice. It just requires that players have a friend or partner, and a hard surface on which to bounce the ball. A garage floor works very well, but any correctly sized hard surface will work – a piece of plywood laid down in the back yard makes a decent impromptu surface.

Don’t substitute softies, regular softballs or whiffle balls for tennis balls in this drill, though. Other types of balls don’t bounce as well, and that elasticity is what’s necessary to make the drill work correctly.