Add Verbs: Creating Characters that Pop Off the Page 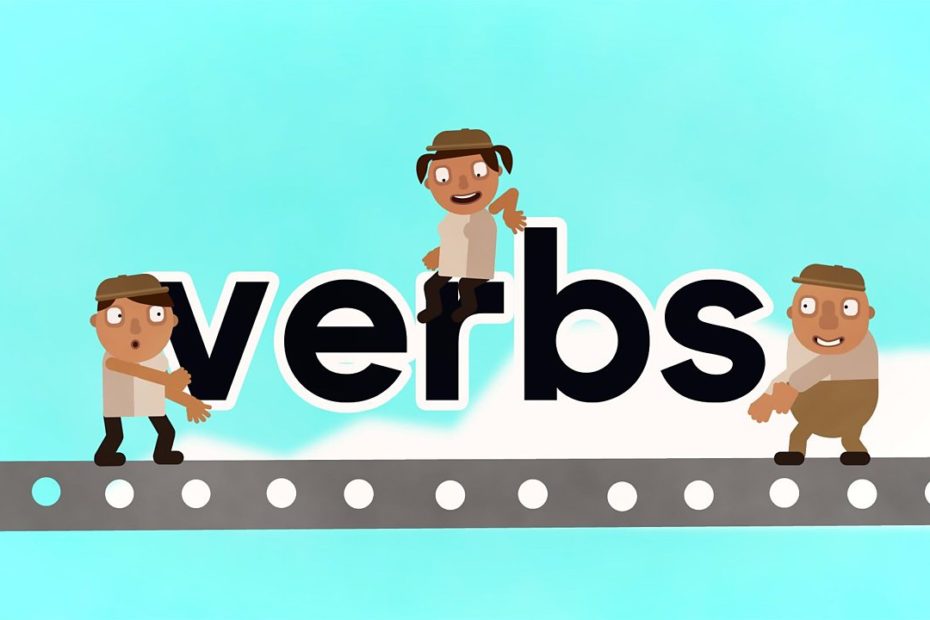 This post follows up on a topic raised in the comments to my last visit to these hallowed halls.

When we ask people who don’t read romance novels for a definition of the genre, they tend to focus from the outside in on adjectival flamboyance: flowing tresses, creamy skin, rampant manhood, and ample everything. Else they offer nouns like “temptress” and “stud” that don’t specify much because (after all) how is this temptress different from every other? Why am I interested in this stud if the other thousand fictional studs bored me to whiskey? Trouble is, nouns and modifiers seem more tangible at first glance, but of course when we tell a story it’s the journey we remember…Not the activities, but the actions.

Not nouns, not modifiers, but verbs.

Characters are not people or things, but arcs of transformation. They do, get, make, and change things to earn that Happily Ever After. Their plots arise from those actions. As the characters grow and change believably, we come to love them and access them. By the same token, characters who remain inert and generic leave us cold. As a storyteller, modifiers encumber, nouns can become obstacles, but by definition VERBS have the power to do anything.

If I tell you a hero is “strong” or “handsome,” I’m hoping you’ll take the descriptor at face value (literally) and dig no deeper. If I assign that hero a noun like “Pirate” or “Firefighter” or “Assassin,” I’m relying on your imagination and history to do the heavy lifting by appealing to generic fantasies about those occupations. But once my hero acts like a hero on those pages, the rest is salt in the gravy. So I always want to pick the most potent, unexpected, specific verb I possibly can…an active verb that forces me to salivate and sweat and shiver.

For me, every project starts with dynamic verbs. Before I commit a word to paper, I will sit down and figure out the verbs…the line of action for my lovers and how those actions produce interesting friction: protect/destroy, purify/debase, reveal/conceal, heal/harm, disrupt/control. Those primal struggles compel our attention because of the verbs that drive them. Try and find a classic romance that doesn’t pivot on that kind of binary opposition, I double dog dare you! We can’t help but rubberneck because the dramatic question goes beyond right or wrong to the commitments and compromises the drive all great relationships. Verbs demand the story get told.

Take your central love story. For us to connect with the character, to become involved in their growth and emotions, their actions must transform them and their actions must evolve over the course of the book. Choose those verbs carefully! Focusing on the verbs also guards against the bland, “running through daisies” problem. If your main characters have verbs that overlap, how will they have any impact on each other?

Where do these verbs come from? How do you make sure your book is filled with actions and not activities? How can you select the strongest, sexiest verb available that can sustain several hundred life-changing pages?

For my part, I believe the core verb of every character arises from their void…the wound or need within them that drives all of their actions. All characters (and arguably all people) struggle with an empty space or a dark need they cannot resist. The greater that void, the higher the stakes. That motivating lack always creates the necessary verb. If your heroine operates from a fear of exposure and scandal, then her verb might be “to disguise” or “to deceive.” If your comic sidekick’s greatest fear is silence, then his verbs could be “to entertain” or “to provoke.” Whatever your character needs will force them to behave in certain ways.

In turn that leads to your other characters/verbs. If your main character needs “to dominate” every situation then populate your book with a cast of folks who disorder, disarm, ignore that character’s actions. If you have a heroine who lives “to untangle” problems or mysteries, then give her a whole cast of meddling, fumbling, webspinners. As the author, you can solve most of your structural difficulties from the outset by unearthing verbs for all the characters that will produce the most dramatic friction.

Always amplify where possible, and that doesn’t just mean making lurid word choices. Go verb-shopping and give yourself options. This stage of character build for me always ends up as a thesaurus salad. I slosh all the options around in a bowl until I find the one that rings true, clear, bright. If you start out saying that your villain’s verb is “to punish,” you might decide “mutilate” or “torture” feel flashier, but maybe the subtler “mend” or “dissect” creates scarier, less clichéd possibilities.

But a character can’t simple “be” one word. What about variety? Your characters’ actions need to develop over the course of a story. No one wants to read about a protagonist who “flees” everything like a frantic robot. This is where we get into the issue of tactics. With my main characters, I start with a main verb for each and then add a list of potential tactics that I can use over the arc of the novel. If your ingénue’s main verb is “to polish,” that verb can take many forms in the course of the story. Polishing can be as literal scrubbing silver with a brush, as small as rubbing buttons obsessively, or as figurative as demanding plastic surgery. The accretion of those connected actions connects deeply with readers and makes characters feel real.

As another example, let’s take A Streetcar Named Desire; let’s say that Stanley’s verb is “to penetrate.” Over the course of those two-plus hours, that one verb mutates into him shredding lampshades, stripping off clothes, tearing into packaging and people, interrogating and ridiculing his family, and raping a fragile woman. All of those actions “penetrate” his surroundings. In the world of that play Stanley IS penetration, and every character around him has a verb that conflicts directly with his.

By using verbs to construct characters rather than nouns or adjectives, you build actions directly into the bedrock of your project. That motivated flow keeps your characters’ arcs believable because they are consistent without being robotic. By shifting the verb tactically, you get to explore the possibilities of each character’s goals and conflicts.

The next time you’re outlining a story or you find yourself in the weeds with a truculent plot bunny, go verb hunting. Literally list your cast of characters and provide a single verb they will inhabit for the length of the narrative. Identify the void that drives them and the verb that they hope/believe will bring them happiness. Amplify the verb you choose by looking at all the options and picking the one that resonates, escalates and refracts with other verbs in play. And then try coming up with a list of five to ten tactical variations on their essential theme.